Despite being universally adopted throughout traditional manufacturing, industrial robots have failed to find a place in garment sewing applications due to the robots’ difficulties in handling limp textiles. This makes the global apparel industry strongly dependent on manual labor.

The outputs from an Advanced Robotics for Manufacturing Institute (ARM Institute) funded technology project titled “Robotic Assembly of Garments” created considerable impact by taking the first steps in revolutionizing this trillion-dollar industry via a new robotic assembly process that stiffens garment pieces by laminating its fabric with water-soluble thermoplastic polymer.

This flexible robotic system was developed to handle and assemble fabric pieces into garments. Traditional sewing machines were controlled via Robot Operating System (ROS) to achieve synchronized operation with the robot. The polymer utilized in the process can be easily removed through washing and can be recycled for multiple process cycles. The technology was successfully demonstrated at Bluewater Defense production facility and is being further matured for more complex sewing operations.

While the robotic system currently has a higher cycle time than human operators, it has the potential to lead to greater automation and shorter cycles with further development. Approach
Several core robotic technologies were developed in this project to enable flexible and robust garment assembly. The team identified “Robotic sewing of pocket flaps for military uniform pants” as the use case to demonstrate the core technologies.

Once the use case was finalized, the team identified and developed various robotic skills (pose estimation, bending, welding, stitching) required for the task. These skills were developed in ROS in a modular and extensible fashion so that they can be utilized for different scenarios.

The robot operation was orchestrated with other machine stations (sewing station, welding station and folding stations) to ensure smooth and synchronized operation. Fabric pieces were laminated and treated by Sewbo with the treatment process optimized to ensure the desired stiffness.

UC Berkeley developed simulation models to support the various process steps. After developing and validating the core robotic technologies, the Siemens team integrated and validated the system operation before conducting the final demonstration at Bluewater Defense facility in Puerto Rico.

Several ongoing ARM projects build upon the IP generated in this project, extending its applicability to Personal Protective Equipment (PPE) production in response to the COVID-19 pandemic and more advanced garment assembly.

Results
The team developed a novel system and method for using robotic systems to accomplish sewing operations including folding, joining, and stitching fabrics. In the demonstration, this system was successfully able to sew the pocket flaps for military uniform pants. The project served as a critical first step in proving the viability of this technology.

The system is capable of producing parts that satisfy the Bluewater Defense quality requirements. While the robotic system currently has a higher cycle time than human operators, it has the potential to lead to greater automation and shorter cycles with further development. Next Steps
Siemens, Bluewater Defense, and Sewbo are working on further development to fully mature and optimize this technology. Several ongoing ARM projects build upon the IP generated in this project, extending its applicability to Personal Protective Equipment (PPE) production in response to the COVID-19 pandemic and more advanced garment assembly. This project demonstrated impressive technological gains and will result in meaningful impact to the project partners and the entire ARM community. Suzy Teele is a highly respected executive who has been an integral part of the Pittsburgh technology and business community. She is currently bringing more than twenty years of business strategy and marketing experience to bear as Head of Marketing and Communications for the Advanced Robotics in Manufacturing (ARM) Institute, a national public-private partnership focused on advancing robotics and workforce development to grow US manufacturing. Prior to joining the ARM Institute, Teele was the COO of two technology start-ups. Teele has been recognized as an Indiana University of PA (IUP) Distinguished Alumni and has been inducted into the IUP Business Hall of Fame. 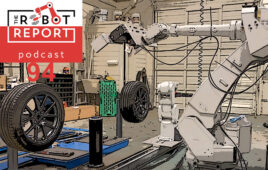